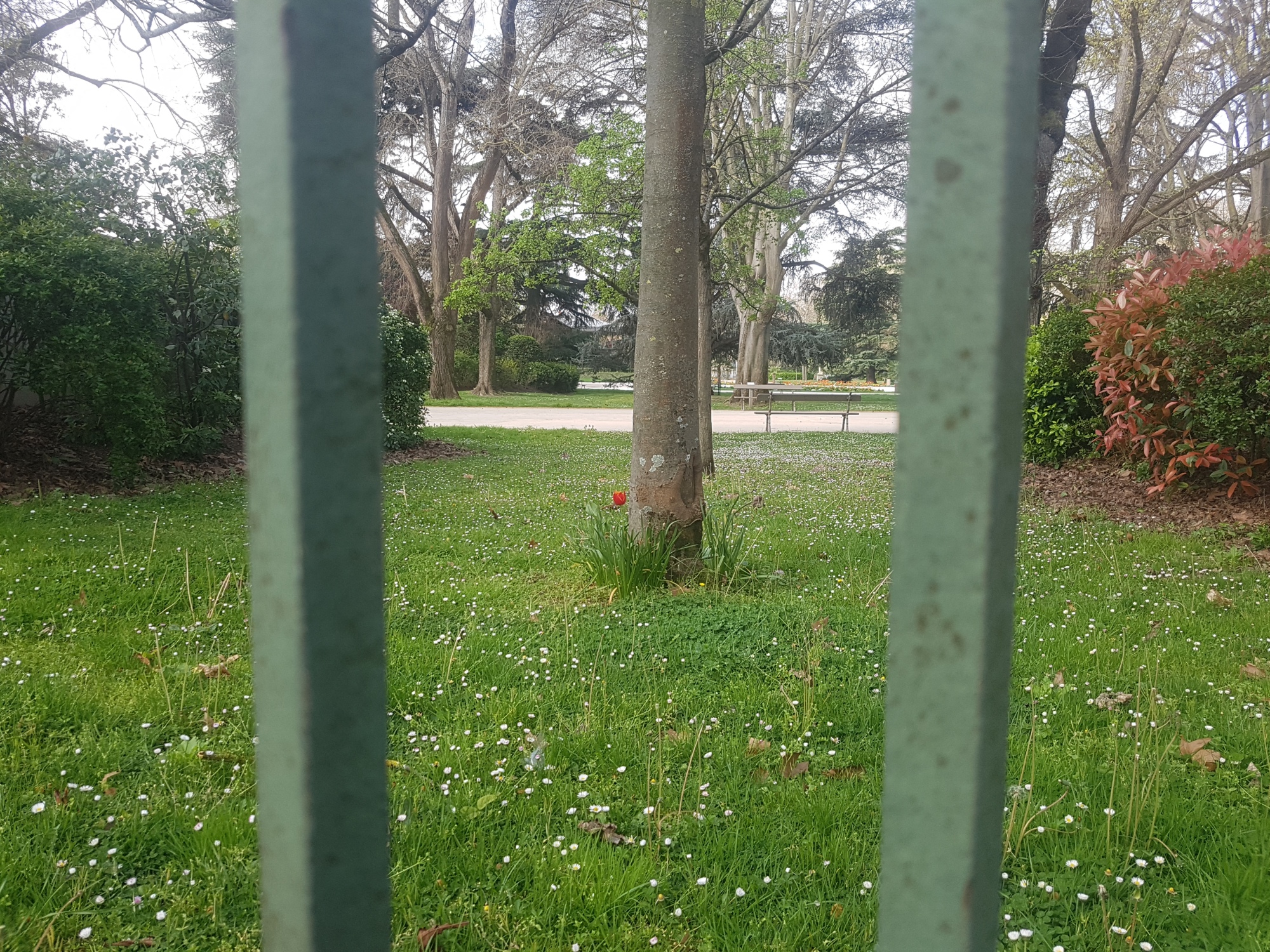 I tried to write about how coronavirus affected my life last year but I just couldn’t. Every time I would try to sit down and put my thoughts on paper, as if on cue, some other curveball would come my way and completely change the way I was feeling.

First of all, I have to say, 2020 was not my worst year… by any means. My worst year took place between 2007 and 2008 for reasons that are far too personal and complex to spread out here in detail. Suffice it to say that I tried to destroy myself in every possible way and did not come out unscathed. Ever since, I’ve used that year as a barometer, as a way of adding relativity to whatever negative thing I’m experiencing. As a reminder that if I made it out of that year alive, I can do anything.

In the few months of freedom before the first quarantine that started on March 15th, my year was looking good or at least eventful :

I spent the new year with friends in the mountains and got to see the beautiful Gorges du Verdon. I went hiking in the Pyrenees with an aquaitance, a stranger, and a dog in snow boots and we all got lost but the views were worth it. I saw the most magical drag show in my life. I went to London and saw Sara Bareilles perform in Waitress. I saw a Cirque du Soleil show at the Royal Albert Hall. I tried (and failed) to make dumplings. I made my yearly batch of laundry detergent. I felt tired and depressed after looking for a job for months on end with zero response. I spent three weeks alone with my in-laws, working in my mother-in-law’s hat shop during the day and sledding down the snowy fields in front of their house on my lunch breaks. I went to Lourdes, where I got yelled at for running (in a “holy perimeter”), got stuck in a hailstorm, and played Mario Kart in a tiny Airbnb with a hot tub.

Then, somehow, after almost a full year of searching for a job, I pulled a hail mary and landed a job exactly one week before confinement. I spent the week in orientation in Lyon meeting my team in Lyon. The day after I got back home, the first quarantine began. The first restrictions were, well, strict. We were only allowed to leave our houses for one hour to either exercise (jogging only) or to quickly go grab food and other essentials.

Even though we were collectively living through an unprecedented moment in history, being in confinement felt bizarely familiar and I suspect that it might have been the case for many other anxious or depressed people. When you feel depressed and/or anxious, you feel like you can’t leave your house and you’re not even sure why. You have to negotiate with yourself to go outside and get what you need and when you finally manage to go, you dread interacting with other people. You’re constantly afraid, but if asked, you probably couldn’t even explain the thing you’re afraid of. The constant flow of highly contradictory information you get from others about how you should be feeling and how to feel better is exhausting and overwhelming. In a sense, I felt like I’d been training for quarantine for the past 12 years.

It was bizarrely reassuring to have everyone experience the same kind of unfocused (unspecified) fear of leaving your house that I do on my worst days. When you’re an anxious person, life (which is, by definition, a neverending carousel of uncertainty) can be torturous : so many decisions to stress over, so many social interactions to analyse to death, so many things that could go wrong to ruminate about. During confinement, all of that was removed. Entire days, weeks, months, followed a very safe, predictable routine.

It felt like we were all alone, together. And yet, we were all scared of each other. On our alloted one-hour daily walks, we would all avoid each other and leave an unnecessary amount of space between us, even sometimes avoiding eye contact. We were told “masks aren’t necessary” then “masks are extremely necessary” and “nuke your grocery bags with disinfectant and leave them out in the sun for 48 hours” then “jk you’re good just wash your hands”. It felt like a collective depressive episode in which we were grieving the sudden end of normalcy and coming to terms with the fact that this would irrevocably tinge every social interaction from now on.

On top of that, I thought, “This is nice. I bet there’s no fear of missing out because everyone around the world is missing out”. Yeah, that didn’t last long. Turns out, FOMO is creative and highly adaptable. Instead of feeling jealous that I wasn’t invited to brunch or to go on a weekend trip, I started feeling jealous of screencaps of a 15-person Zoom happy hour posted on social media.

The silence is what I found simulateously the most and least disturbing. I hate loud, abrupt noises yet counterintuitively enough, I live downtown in a big city. During the confinement, it was so quiet it almost felt disrespectful to have a conversation out loud on the street.

I somehow thought that quarantine might act as a limited-time trial run of how free I would feel if women lived in a safer world, able to go on a walk a night without even the risk of being bothered by a single person, and it did (but it didn’t last). After the quarantine ended, it seemed like the type of men who catcall were out in full force. Like they were ready to expend all the energy they built up being cooped up at home. A woman I know got stopped, frisked, and forced to pay a confinement-related fine in cash by two men masquerading as cops. Another woman I know got harrassed, followed, and yelled at on her way home from the train station. I got harassed on the street and followed home four times in the week after the first quarantine offically ended.

Of those 55 days of quarantine that felt simultaneously endless and fleeting, I remember :

doing viral dance challenges with my family in our Whatsapp group

feeling paranoid when ordering takeout, feeling that somehow the driver or the chef may not have been careful enough and that the virus had infected my food

feeling like I had all the time to mull over every single life choice I’d made in the past.

Most of all, I remember feeling guilty about feeling “trapped” in quarantine for what was a relatively short time. When I was younger my parents, who were undocumented immigrants for several years, often talked about feeling trapped in what was often nicknamed “la jaula de oro” (the golden cage). Out of fear of getting deported, they were unable to go back to Mexico for over a decade, even when my grandfather was on his deathbed. Not to mention all displaced peoples and refugees who can never go “home” because that physical location has been destroyed forever.

That being said, I was in awe of all the tiny moments of beauty that seemed to be even more salient in such macabre circumstances. My city created a small network of people who would spend their mornings batch cooking meals and writing small notes of encouragement that they would deliver during their one hour of freedom to the homeless people in the area. Though the parks were closed, many of us would often walk over to them anyway and stick our faces between the metal fence posts, absolutely delighted to see the unruly patches of weeds and native flowers that sprung up every day, free to sprawl without the patrolling of persnickety municipal gardeners. In my building, we even started a contactless exchange of baked goods with our elderly neighbor downstairs. More than once, musicians would step out on their balconies to play, and little by little, we would all come out, desperate to bathe in anything that would break the monotony.

“So shines a good deed in a weary world.”

2 thoughts on “The Great Indoors”