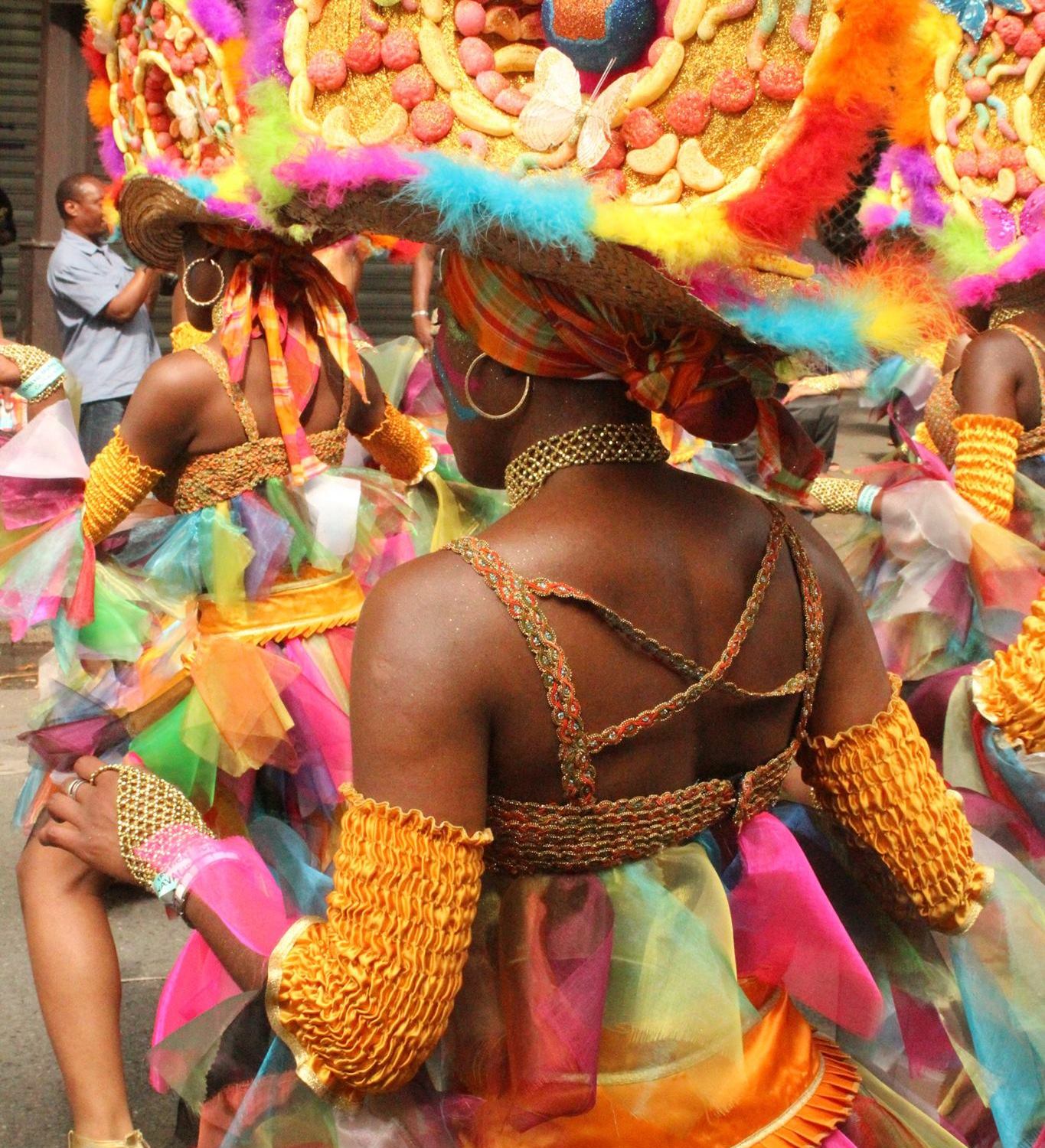 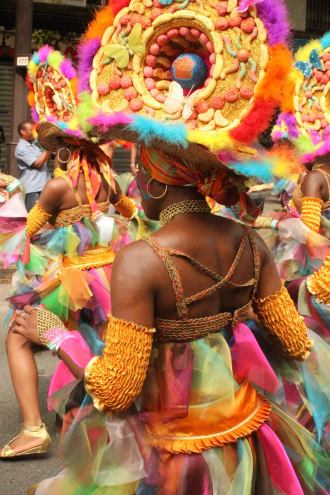 Flashes of thick, dark-skinned women gyrating to drums and whistles with little else on but opulent headdresses and bejeweled bikinis.

A Carnival ad was basically the only image that popped into my head when I thought of Brazil. I had read up on the country’s infrastructure for an international management class but this was still the only really salient image I had to go off. My first impression came as I made my way through duty free and finally reached the exit: there was no Brazilian “look”. Brazilians are an extremely culturally rich and diverse people. (Duh.)

We decided to spend our first four days in Sao Paulo state with Daniel, a great CouchSurfing friend from Paris, as our intrepid guide. After an hour’s drive east from the Guarulhos airport, we arrived in his city of Taubate (lovingly nicknamed “Taubatexas”) to drop off our backpacks and enjoy a piping hot parmegiana with ice cold Brahma beer. While we let that meat and cheese bomb settle in our stomachs, Daniel whisked us off to a beautiful beach in Ubatuba, a nearby coastal town. Although to our middle American eyes, the beach was gorgeous enough, he suggested we head over to an even better beach.

A curvy, savage, hour-long drive later, we were at a beach so remote that their restaurants’ business cards list their latitude and longitude in lieu of an address. Since this is the middle of winter in Brazil, we were practically alone on the beach, despite the sunny 80 degree weather. We did, however, meet a family vacationing from Uruguay. The parent-child dynamic was not like that of what we were used to. The kids (and their parents) were so trusting, engaging in physical touch and play, which gave Robin and I pause. Back in the States, parents would be wary of letting their kids stray too far for fear of “stranger danger”. However, we were glad to have helpers in our sandcastle building and the parents seemed glad to have make-shift babysitters while they strolled up and down the shore, hand in hand. We had several laughs, including a moment when the little girl poked my bottom, asking why I was wearing big “calzones” (underwear) instead of a “normal” Brazilian bathing suit (with less coverage). Once the castle was complete, we walked 10 steps inland to watch the waves roll in with a comforting pot of moqueca (seafood stew), rice and pirao (a gruel made from manioc flour and fish head broth).

Our last days in the state of Sao Paulo were enjoyed in the eponymous big city at Daniel’s parents’ house. Sao Paulo is hard to pin down. It’s an enigma of a hub where mansions and shacks stand side-by-side, each in denial of the other’s existence. We started off in the grittier part of town by the big market, nibbling on samples from the rows of bright fruit stands, and dodging the crowds in the Rua 25 de Março. At night, Daniel drove us through the better maintained streets in Sao Paulo (think Champs Elysees). The city attempts and fails to cover up what it deems an eyesore (the favelas) by having the public housing facing the streets look nice while the buildings just behind it lacks doors and use plastic siding as walls. During our time there we got to meet the majority of Daniel’s incredibly warm and welcoming family, all whom live within a 5 mile radius of one another. This is not uncommon in Brazil.

The next day we heaved our packs onto our shoulders and took off further south for the state of State Catarina. Due to the fact that Brazil’s infrastructure in a work-in-progress, there wasn’t really a train option so we took a flight down. Our first stop was Chapeco, to visit our dear friend Felipe whom we met while he was studying abroad at the University of Arkansas. Felipe studies control and automation engineering at IFSC. Through a sea of shared meals (meat and beer), we got to know his friends and dissected topics like gender roles, sexuality, and intimacy. We also discussed Brazil’s education system and how, like the US, it is in dire need for reform. For example, Felipe’s engineering program includes only one female student and a public school in the city had been occupied by students protesting for better education. Unfortunately, the class struggle that still plagues Brazil is very tangible in the divide between public and private education. I was however, excited to visit their university’s Robotics room and to nerd out on machine learning! Among several delicious local restaurants, Felipe also took us to a bandejao, a public restaurant where for as little as 3 riais (less than $1 USD), you can have a full meal that is carefully designed by a nutritionist. Anyone is able to eat at these clean, bright establishments, regardless of economic class.

Felipe also teaches English part-time at CEBRAC, a professional training school in Chapeco. He masterminded an after-school event for the school’s English students called “Gringos at Cebrac” where Robin and I formed a panel in front of a large group of students. First, we candidly answered the students’ very thoughtful questions on all aspects of life in the US. Then, during the “Gringos Try” segment, we were asked to sample the small mountain of typical (and not so typical) Brazilian food the students had brought for us. It should have been called “Americans Uncomfortably Eat Foreign Food in Front of a Crowd for Your Amusement”. Jokes aside, this was probably the most unforgettable and impactful part of our trip. For many students, this was their first time interacting with a North American. One student said that although we crushed her “American dream” of the US being a shiny, flawless utopia, it allowed her to realize that she should take more pride in being Brazilian.

We took a short night bus over to Felipe’s home town of Lages to visit his sweet, extremely welcoming family. Felipe made sure we had the full cultural experience by taking us both a baile funk and a huge Southern festival. Brazilian funk is less James Brown, more sticky, raunchy Afro-Latin beats. It’s an oddly politicized genre. While many actively listen to funk, few openly admit to enjoying it due to its roots in Rio de Janeiro’s favelas. The lyrics reflect the struggles that come along with life there such as misogyny, crime, and the banalization of sex. At the other end of the spectrum you have sertanejo, traditional countryside music that dates back to the 1920s, which is at the heart of the Festa Nacional do Pinhao. The traditional festival celebrates the harvest of pinhao, or a type of pine nut which fall from Brazilian pines. On Felipe’s parents’ farm, we made a fire out of fallen pine leaves to enjoy delicious, freshly roasted pinhao. The festival made me feel like I was back in Texas, with gauchos (cowboys), churrasco (barbeque), and sertanejo (country music) galore.

The next day we packed up again, said our goodbyes, and made our way up north again by way of Florianopolis. This was our first day in Brazil without a native by our side. Naturally, hilarity ensued. Although we got to have a beach to ourselves and to run around like kids in the huge sand dunes of Floripa, we paid our dues by having to walk four hours back to our Airbnb. Reason being, the buses there don’t have a set schedule, bus stops are unnamed, and the bus lines aren’t posted anywhere. Despite all this, we thought it would be a good idea to snap on our huge backpacks and try to use the bus to catch our morning flight back to Sao Paulo. Somehow, it worked and we had a great time. As a recovering type-A person, Brazil taught me important lessons in letting go and enjoying the madness. Before I went to Brazil, I was convinced that Brazilians are the most joyful, friendly people. I left with an extra 10 lbs and my suspicious confirmed, in search of another country to prove me wrong.

As a bonus, here’s a short list of the most surprising cultural tidbits we learned: